Home Blog The Evolution of Broadcast Media in Jamaica- Part 2 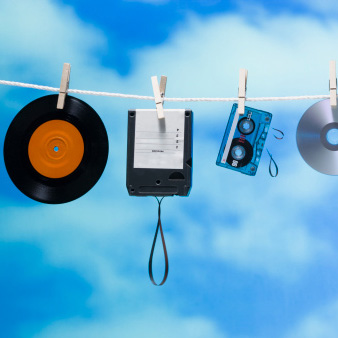 The Evolution of Broadcast Media in Jamaica- Part 2 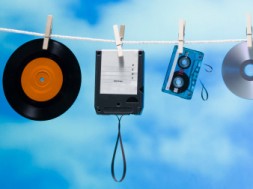 The Evolution of Broadcast Media in Jamaica- Part 2

A milestone in the development of Jamaican media came in 1959 with the launch of the Jamaica Broadcasting Corporation (JBC). Pioneered by then-Prime Minister Norman Manley, and reflecting the nationalist sentiment dominant in the period leading up to Jamaica’s independence, the JBC was a state-owned alternative to the RJR. It aimed to provide a greater focus on Jamaican culture, and- like the RJR- launched the careers of some of the country’s most celebrated personalities. Its in-house big band featured musicians like Sonny Bradshaw and Bertie Cooke, and there was even a drama department producing its own original content. By committing itself to supporting Jamaican culture, the JBC’s radio channel made an invaluable contribution to the development of the country’s music, drama, and communications.

On the first anniversary of Jamaica’s independence (August 6, 1963), JBC Television had its first broadcast. Its aim was to also showcase Jamaican culture- however, due to financial problems, programmes were increasingly imported from the US and the UK. The JBC also came under criticism through allegations of partisan journalism, as it was established under the Manley lead PNP, which lead to one of Jamaica’s longest strikes in 1964.

During the 1970s and the 1980s, however, television- and radio- began to flourish. Michael Manley, who was elected in 1972, saw the importance of using the JBC for nation-building. Funding was increased to develop more original Jamaican content. Programmes such as Public Eye and Jamaica’s first soap opera, Lime Tree Lane, ushered in a golden era of Jamaican broadcasting. In the 1980s, the JBC was divested and privatized. The regional radio stations became Radio Waves (HOT 102), KLAS-FM and IRIE-FM. In 1997, under the Public Broadcasting Corporation of Jamaica Act, the divestment of the JBC was finalized. Public Broadcasting would instead be provided by a new organization- the Public Broadcasting Corporation of Jamaica. Television and some radio assets were sold to RJR, resulting in the creation of a new television station- Television Jamaica.

The Broadcasting and Radio Re-Diffusion Amendment Act of 1986 – which would continue to liberalize the industry and pave the way for other television stations such as CVM- also mandated the creation of the Broadcasting Commission of Jamaica in order to monitor a growing sector.

Within the past 25 years, broadcasting in Jamaica has undergone rapid transformation. The computer chip as well as fibre-optics have revolutionized the means and the speed of which we are able to send, receive and store information. More and more Jamaicans each year are able to access Cable television and Internet technology, resulting in a transition from Old Media to New. This has resulted in a new, astounding phenomenon- as opposed to the media models of old, the ordinary Jamaican man and woman have now been able to produce content like never before, resulting in Jamaican websites, blogs, podcasts, online radio stations, and participation in social networks. Jamaica has become one of the Caribbean’s pioneers in New Media consumption and creation- a great achievement for a nation with humble beginnings as consumers of colonial media and culture.