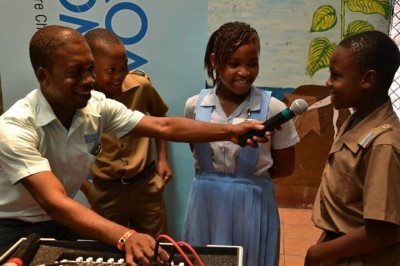 The great Nelson Mandela once said, “Children are our greatest treasure” and at the Broadcasting Commission we believe that our nation’s youth are the future.

The Media Clubs aim to, among other things, expose the students to the tools and practice of broadcasting while encouraging them to be responsible and active users of media and digital technologies.

Club Members / How the Clubs Work

Each club consists of an Advisor (teacher), Manager, Treasurer, Secretary, Programmes Manager, News Reporters and Presenters, Sports Reporters and Presenters, Music Researchers and Editors. The teacher (club advisor) works closely with both the students and mentor media organisation to oversee the smooth operation of the club and continued production of a variety of content for broadcast. At this time the schools are exploring a number of options for broadcast including the use of their public address systems, online platforms and licensed low power FM broadcasting stations.

With initiatives such as these Media Clubs, the Commission hopes that students will be energized to remain engaged in media and digital technology, inevitably having a positive impact on the Jamaican media landscape.

-3
0   3
previous How can the regulator balance concerns about the use of data vs. the desire for economic progress? 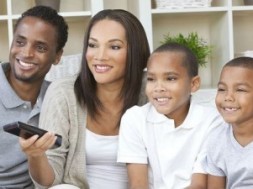 The Benefits of Watching TV