Home Blog The Evolution of Broadcast Media in Jamaica- Part 1 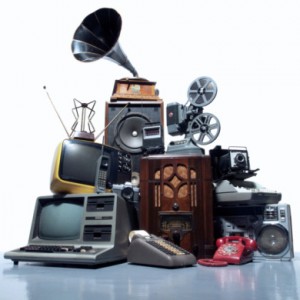 The Evolution of Broadcast Media in Jamaica- Part 1 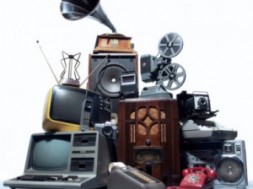 The Evolution of Broadcast Media in Jamaica- Part 1

Whilst the Broadcasting Commission of Jamaica was established in order to regulate broadcast media- that is, radio, television, and cable services, a history of the mass media’s development in Jamaica cannot exclude a discussion of print media- the first form of mass media introduced to the Caribbean- and the development of Information and Communications Technologies, which arguably constitute the future of the mass media in this country.

Early Stages- Emergence of the Press

The invention of Gutenberg’s printing press around 1440 naturally lead to the development of newspapers which changed the way ordinary people accessed information. In Jamaica, the first newspaper to be printed was the weekly Jamaica Courant, which began publication in 1718. It was the second newspaper to be printed and distributed regularly in the Americas. As an institution of society and therefore a reflection of its culture, the press was an instrument of the ruling classes of the time. While also covering important news stories of the day- such as the devastating hurricane of 1722- the Courant was the typical colonial newspaper, containing information relevant to planters such as the prices of goods and the date of the next slave auction.

It would be a nearly a century later, with the introduction of the Daily Gleaner, and more than a century after that, with the establishment of organizations such as the Press Association of Jamaica, the Media Association of Jamaica, the Caribbean News Agency (CANA), and the introduction of rival newspapers such as the Jamaica Observer, that the Jamaican press would become its characteristic melting pot of views and expression- the precursor to the forms of broadcast media that would soon become prevalent.

Commercial radio was introduced to the Caribbean in the 1940s. Interestingly, due to the proximity of the islands within the Caribbean, radio broadcasting unintentionally served the purpose of fostering Caribbean integration, and on the other hand, also allowing for influence from other countries such as the United States. Prof.Aggrey Brown has often recalled [link: http://waccglobal.org/en/19981-communication-issues-in-the-caribbean/896-__The-Caribbean—a-chance-for-community-media-to-develop-.html] the fact that since radio’s inception, Jamaican listeners have been able to access signals from as far as Cuba, Miami and the Dominican Republic.

In similar fashion to the print media, the colonial government recognized the importance of using the radio to broadcast its own values and to shape the opinions of the Jamaican public. Broadcast media seemed more potent than print, as it was able to reach illiterate people. Whilst the early days of radio in Jamaica were characterized by a definite British slant- Radio Jamaica, the country’s first commercial radio broadcasting network, was owned by a subsidiary of the British Rediffusion Group and was originally broadcast in a BBC-like format. Eventually, however, RJR saw an increase in more authentic Jamaican programming, and helped to showcase the talents of cultural icons such as Ranny Williams and Louise Bennett, and launch the careers of beloved hosts such as Alma Mock-Yen, Merrick Needham, and Dorothy Hosang.

In Part 2, we discuss the emergence of Television and Information and Communications Technology, as well as its fascinating impact on the culture and behaviour of the Jamaican people.