Forward to the Future: DTV and the Digital Switchover

Forward to the Future: DTV and the Digital Switchover 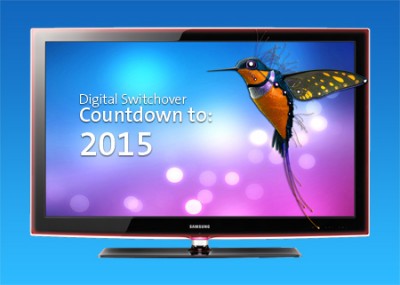 DTV transition- or the switch to Digital Television- is a hot topic among today’s broadcasters, cable and television service providers, and regulating bodies. But for the ordinary television watcher, what will this phenomenon mean?
As stated in a previous article

http://blog.broadcom.org/blog/digital-literacy-and-you/, the Digital Switchover refers to a transition from analogue signals to digital technology. Digital Television therefore indicates a switch from traditional analogue transmission to a form of broadcasting that uses computerized and compressed video and audio signals. Cable distribution, transmission via satellite and television through broadband are all forms of Digital Television.

What will this mean for me?

The digitization of the video and audio signals results in an increase in the quality of the programming you see on TV. And with the potential for HDTV- which is not compatible with analogue television sets- television watching can become even more of an enjoyable experience for the viewer. Because the digital signal is more compressed than the analogue, this results in a more efficient use of transmission capacity. Viewers are presented with a greater number and variety of channels, as well as the potential for a more interactive television experience. Television on demand, for example, where viewers can choose specific programmes they wish to see and pay for them separately is another option analogue television lacks the capacity to offer.

As the digital spectrum becomes ‘freed up’- i.e., more digital channels can exist within the space taken up by one analogue channel- this significantly enhances consumer choice. This also carries a significant impact for the local film and television industries, as the switch to DTV will also provide more space for local channels. The Digital Switchover also presents the option for viewers to look at their favourite television programmes on their cellphones.
How much the Digital Switchover will cost the consumer is up to individual choice. Some may choose to purchase newer television sets capable of HDTV and DTV, whilst others might choose to keep their older television sets and purchase a digital-to-analogue converter box in order to minimize costs. Further detail on the benefits of DTV can be accessed from this BCJ report

Looking at the bigger picture

It is up to a country’s government to decide when a complete Digital Switchover will occur and to implement the steps that must be taken. In Jamaica, the National Steering Committee on Digital Switchover, of which the BCJ is a part, has agreed on 2015 as the official date of switchover. Whilst Flow has already been offering a fully digital service, other cable companies, have already started to upgrade their facilities

On a global scale, countries such as the United States and Sweden have already made the change. Whilst our government has made the switchover one of its priorities, there is need for the public to educate themselves on what DTV service might mean for them. The Digital Switchover is a major stepping stone towards the development of modernized, high-quality, consumer-oriented mass media- and consequently cannot be ignored.